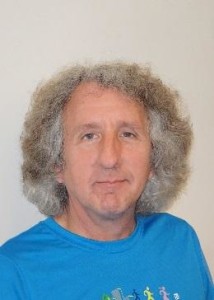 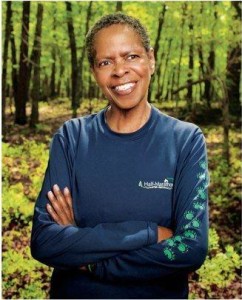 Betty is a minimal shoe/barefoot ultra-marathon runner. She has run on all 7 Continents and completed nearly 100 marathons and ultra-marathons combined. A runner for 43 years, she is an age-group nationally ranked ultra-marathoner and has set national age-group records in the 48 hour and 6 day road races under USA-Track and Field guidelines. She has only had one significant running injury which happened more than 15 years ago, out of a total of over 100,000 miles. Dr. Betty has run about 60 weekly ultra-marathon training miles for over 6 years without injury or need for recovery. She is a RRCA and USATF certified coach who obviously follows her own coaching advice. 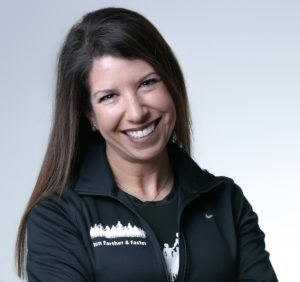 Julie Sapper is a Level 2 Road Runners Club of America (RRCA) certified adult and youth running coach, experienced Boston Marathon finisher, mom of two, and a part-time lawyer.  She is a four-time Montgomery County Road Runners Club Masters Runner of the Year candidate and is a ranked age group runner in the DC Metropolitan area with frequent top age group wins in races of all distances.  In addition to coaching adults of all levels, Julie coached a co-ed youth running program for her local elementary school for eight years.   Julie enjoys volunteering for a number of organizations in the D.C. Metropolitan area, including serving as the Run Director for Just Tryan It, an annual kids triathlon that raises funds for families affected by pediatric cancer, and on the Executive Leadership Team for the American Heart Association’s Lawyers Have Heart 10K.  Julie is a Columbus, Ohio, native, and a graduate of Indiana University School of Business and the American University Washington College of Law. 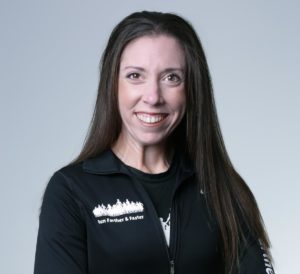 Lisa Levin is an experienced Road Runners Club of America (RRCA) certified running coach and accomplished distance runner and multi sport athlete.  Lisa was inducted into the Bender JCC of Greater Washington’s Sports Hall of Fame. She was named the 2015 Masters (40 and over) Female Runner of the Year by the Montgomery County Road Runners Club and was the Open (Under 40) Female Runner of the Year in 2010.  Lisa is a top ranked age group runner in the DC Metropolitan area and has raced as an elite athlete at the ING New York City Marathon and the Suntrust National Marathon.  She has completed over 30 marathons and is a 14-time Boston Marathon finisher. Lisa was a member of Team USA (2012 World Duathlon Long Course Championships, Zofingen, Switzerland and 2010 World Duathlon Short Course Championships, Edinburgh, Scotland) and received USA Triathlon All American Honors in Duathlon in 2010 and 2012. She placed 15th woman overall and 2nd in her age group at the 2012 Long Course Duathlon World Championships in Zofingen, Switzerland. In August 2013 Lisa completed Ironman Louisville. She is also a certified Spinning© instructor.  Lisa is a graduate of Emory University and Duke University School of Law. 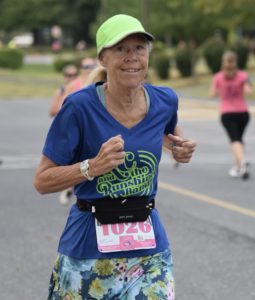 Karen Craney is an active member of the local running community.  She started running late in life and got her start by taking programs offered by Montgomery County Road Runners Club. After 33 year career in education, she retired and immediately became the director of training (running) programs at Fleet Feet Sports in Gaithersburg, a position she held for 4 1/5 years.  After that she coached for 2 years at Bender JCC in Rockville and for the last 6 years has been employed as a running coach at Lifetime Fitness Gaithersburg.  She was previously held an at-large position on the MCRRC Board of Directors as well as the Vice-President position and has been the race director of both Run Under the Lights 5K and the Seneca Greenway Trail Marathon and 50K race.  Making up for “lost time” she has run all the distances from 5K to full marathon but prefers the half marathon distance.  In addition, she is RRCA certified, Fleet Feet running coach certified and Lifetime Fitness running certified.  When not running, she enjoys biking in Italy, rollerblading, being with her two German Shepherds, and her significant other who is not a runner. 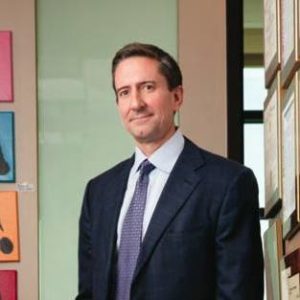 Adam K. Spector, DPM, FASPS, is a native Washingtonian with a special interest in sports medicine. He has been in private practice since 1990 with offices in Wheaton and Rockville, MD, and is a founding partner in U.S. Foot and Ankle.

He attended the George Washington University on a swimming scholarship, the Temple School of Medicine for podiatry, and completed a surgical residency in foot surgery

Dr. Spector is an accomplished athlete, who has competed in triathlons, tennis tournaments and running races. He swam the Great Chesapeake Bay Challenge seven times and is a nationally ranked Masters swimmer, earning All-American honors in 2005 and 2006.

Dr. Spector is a co-founder of the popular MCRRC Run Performance Lab that provides a multi-disciplinary evaluation of runners. He was invited to the White House to do the same. He has published articles on topics ranging from biomechanics and running injuries to bunions and reconstructive surgery of diabetic foot.

Dr. Spector was voted a top sports medicine physician in 2018 and a top podiatrist by his physician peers as well in 2012 and 2016 (Washingtonian Magazine). Dr. Spector speaks English and conversational Spanish. 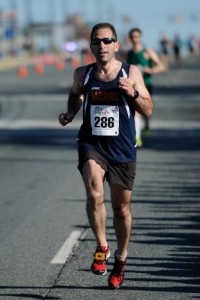 Dr. Firestone is a native of New Jersey. He received his Bachelor of Science  in Biology from the State University of New York at Stony Brook. He received his Doctorate of Podiatric Medicine from the Temple University School of Podiatric Medicine. He completed his surgical residency training at The Washington Hospital Center in Washington, DC where he served as chief resident in Podiatric Surgery.  He is Board Certified in Foot Surgery by the American Board of Podiatric Surgery, a Fellow of the American College of Foot and Ankle Surgeons and a Fellow of the American Academy of Podiatric Sports Medicine. He has privileges at The Massachusetts Avenue Surgical Center, Medstar Surgical Center, Sibley Memorial Hospital and The Washington Hospital Center. Dr. Firestone was recognized by his peers and colleagues in the Washingtonian Magazine as one of DC’s top sports medicine providers (2010) and as a top DC Podiatrist (2012). He was also recognized by his fellow runners as best doctor by Run Washington Magazine (2013). 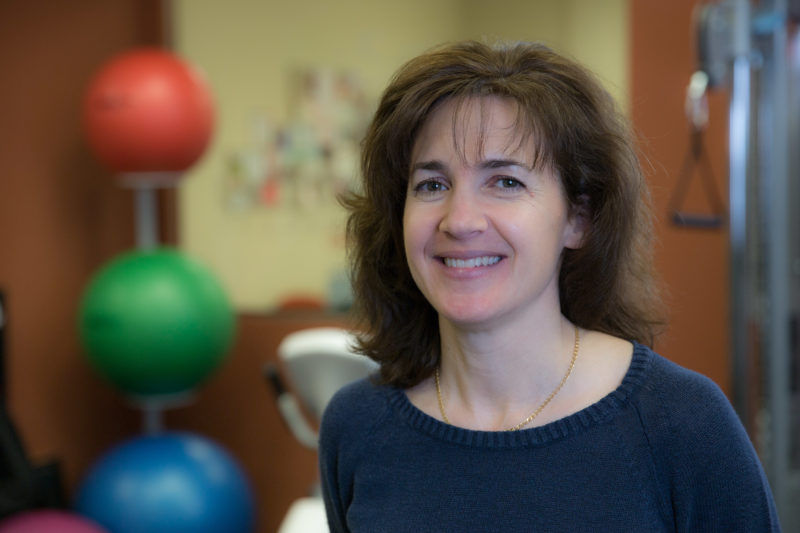 Therapy degree from Emory University n Atlanta, GA, graduating with Highest Honors in 1995. In 2009, she received her certification as a Board Certified Specialist in Orthopaedic Physical Therapy. Rachel also is an RRCA certified running coach. She has extensive experience in general orthopedic and sports injuries and manual techniques. As owner of ProAction Physical Therapy, Rachel specializes in the treatment of running injuries and prevention techniques.

As a runner herself, Rachel is very involved in the running community. Each year she delivers numerous lectures to various local running groups. She has volunteered and is currently volunteering as Medical Coordinator for the following races:  Credit Union Cherry Blossom 10 Mile Run (2001-present), USATF Cross Country Championships (2009), Halloween Young Run (2004, 2009), Parks Half Marathon (2006-7), Marathon in the Parks (2004). 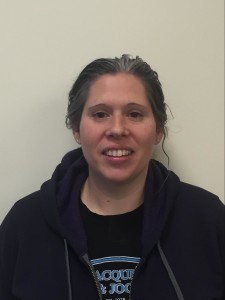 Kelly is the Shoe Expert at the Stride Clinic. She has been volunteering here for at least 10 years. Kelly has worked at RnJ Sports for about 15 years as a product buyer, but you can also find her helping customers from time to time. Kelly has also participated in a number of races with distances ranging from 5K up to marathons. 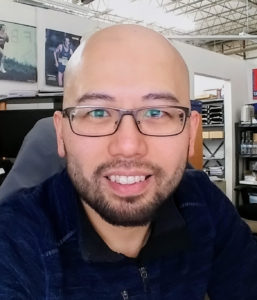 Ray grew up in Montgomery County and is the General Manager for RnJ Sports.  He has been working in the running industry since he began with RnJ in 1997 while studying Sociology at UMD, College Park.  Ray began running during his time in college as a way to improve his endurance for basketball and tennis, but soon realized how much he enjoyed the physical and mental benefits of the sport.  He’s run in races from 5K to ½ Marathon. In 1999 he took over as Store Manager and has been living, eating & breathing the running industry ever since. With over 21 years in the business, he has well over 35,000 shoe fittings under his belt.  His passion is helping people get to their goals by way of proper foot health, starting with footwear education and its functional relationship to your specific sport. Ray’s known as the problem solver and is still looking for a footwear riddle that can stump him.  If you think you have one, please let him know. Ray resides in Rockville, Md with his really cute dog, Storm. 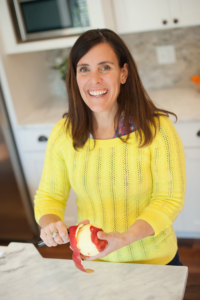 Amy Goldsmith founded Kindred Nutrition in 2010. She became a dietitian in 1999 and although she has worked with many realms of Medical Nutrition Therapy, specializes in Eating Disorders, Sports Nutrition, and Practice Management. Amy focuses on meeting all her clients where they currently are and focusing on education, re-framing the mind, and using food as fuel for your brain and body. She believes there is a strong connection between the gut and brain and focuses on both with all clients. In addition, as a sports nutritionist and dietitian, Amy assists with getting the client to peak performance by incorporating optimal nutrition before, during training, race time, and recovery. Amy also enjoys speaking to many teams in the community such as FOX Swim Club, Hood College Athletics, Mount Saint Mary’s Athletic Teams, Odin Crossfit, and more.
Amy has been featured in multiple media outlets and works directly with Frederick County Schools, Montgomery County Schools, Run Farther and Faster, Odin Crossfit, Multiple Swim Clubs and Division 1 Collegiate Athletes throughout the United States. 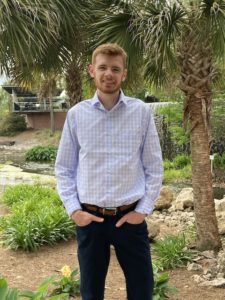 As our Sports Nutrition Specialist, Matt completed his Bachelor’s Degree in Dietetics at The University of Maryland Eastern Shore and his Master’s in Sports Nutrition and Exercise Physiology at Florida State University. Previously, Matt has worked with athletes in a wide variety of sports at the youth and collegiate level including athletes from University of Maryland College Park, Florida State University, and Mount St. Mary’s University, among others. As a previous multi-sport athlete, Matt looks to combine his passion for athletics and sport with evidence-based approaches to fueling athletes. Taking a whole-foods-first approach, he works closely with athletes to develop individualized nutrition plans to empower them in reaching their goals.
Share